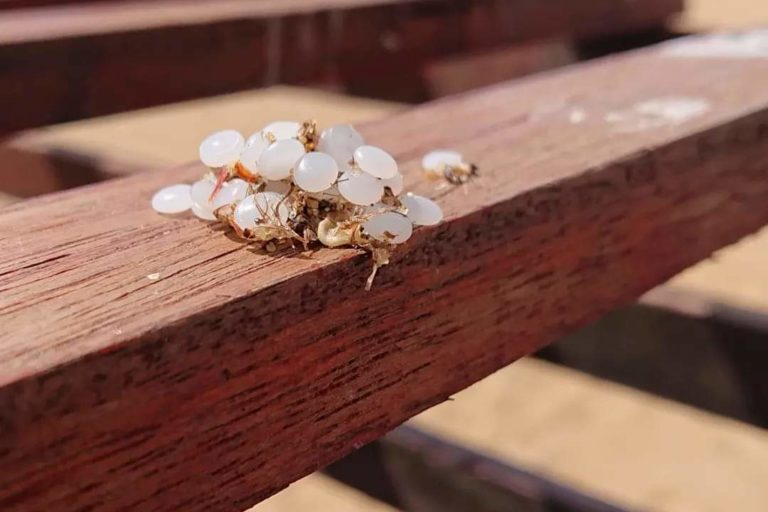 A year after the sinking of the X-Press Pearl, Sri Lanka is still waiting for compensation

COLOMBO — A year after the sinking of the X-Press Pearl freighter, Sri Lanka continues to clean its beaches from the plastic pellets carried by the ship and is still trying to claim compensation for the environmental damage caused.

A committee of experts investigating the extent of damage to the country’s marine and coastal environment has now concluded that the disaster was the worst in terms of chemical and plastic pollution of the sea. Ajith of Alwisco-chair of the Pearl X-Press Damage Assessment Committee and Professor of Chemical and Process Engineering at the University of Moratuwa.

The committee submitted its assessment report to the Attorney General’s Office for use in seeking compensation from the Singapore-based operators of the ship.

“However, the report is only the first edition of the damage assessment, and further assessments will continue based on monitoring,” De Alwis told Mongabay.

Maritime law expert Dan Malika Gunasekera said Sri Lankan authorities have been slow to file a claim for compensation and are reluctant to go through years of bitter legal battles in international courts. Sri Lanka was granted an interim payment of $3.7 million in damages, but the country could claim up to $5 billion to $7 billion, according to Gunasekera.

With Sri Lanka currently mired in the worst economic crisis in the country’s history, these higher figures would prove a much-needed injection of foreign exchange. But further delays would reduce the cash-strapped island’s chances of securing sufficient compensation for environmental damage, Gunasekera told Mongabay.

The X-Press Pearl was carrying 1,486 containers when it caught fire off Colombo on May 20, 2021 and began to sink. Eighty-one of the containers were labeled hazardous and the cargo included 25 metric tons of nitric acid – a key ingredient in the production of explosives and touted as a possible factor in the fire. There were several explosions and it took more than a week to bring the fire under control. Attempts to tow the vessel to deeper water failed and the cargo ship eventually sank on June 2, 2021, a few miles off the west coast of Sri Lanka.

The ship was also carrying 400 containers of nurdles, the plastic pellets from which all manufactured plastic products are made. The spill of more than 50 billion pellets made it the world’s worst marine plastic pollution event, with the pellets spreading rapidly along the beaches of Sri Lanka’s west coast.

The government carried out an initial cleaning of the beaches, but the subsequent cleaning was carried out by volunteers like the Pearl Protectorsa youth organization.

“We had 28 major cleaning operations on the main beaches and were able to collect up to 1,500 kilograms [3,300 pounds] of nurdles,” said Muditha Katuwawalacoordinator of the Pearl Protectors.

But more nurdles continue to wash up on beaches, and with the island currently experiencing the southwest monsoon, nurdles that had originally sunk to the sea floor or were trapped in structures under -marines such as corals have been washed up and make landfall.

“So it takes continuous work” to clean up the beaches, Katuwawala said.

The Pearl Protectors, like other voluntary organizations around the program, are suffering from the economic crisis. The cost of organizing has doubled in recent months, with inflation hitting a high 39% in May. The country defaulted on loan repayments for the first time, while the local currency, the rupee, nosedived against the US dollar.

As for the wreck of the X-Press Pearl, it is now salvaged by the Shanghai Salvage Company (SSC), which was loaded by the ship’s owners, Singapore-based X-Press Feeders. In a statement, X-Press Feeders said the salvage operation includes round-the-clock monitoring to deal with debris or other pollutants that may be dislodged during the operation. He also said regular water sampling will be carried out at the site and any oil spills will be responded to immediately.

According to SSC, the hull of the X-Press Pearl essentially broke in two, so the wreckage will be recovered in two separate sections. Operations were suspended at the end of April due to rough seas caused by the southwest monsoon.

Terney Pradeep Kumara, a marine biologist who previously headed Sri Lanka’s Marine Environment Protection Agency (MEPA), said it was important to collect data during the rescue operation that can serve as evidence linking environmental pollution at X-Press Pearl. In the aftermath of the ship’s accident, marine biologists noted an unusually high number of sea turtle mortalities, which they suspect to be the result of pollution, but for which they currently lack definitive evidence.

“Not having a baseline of environmental conditions was one of the biggest challenges in doing this environmental assessment,” said Prasanthi Gunawardene, the other co-chair of the Pearl X-Press Damage Assessment Committee. There were around 30 different subcommittees with members from different fields, and getting input from different government agencies in the follow-up process was a challenge, Gunawardene told Mongabay.

Banner image of a group of nurdles found on the southern coast of Sri Lanka. Seabirds and crows often mistake these nurdles for food, as they look like fish eggs. Image courtesy of The Pearl Protectors.