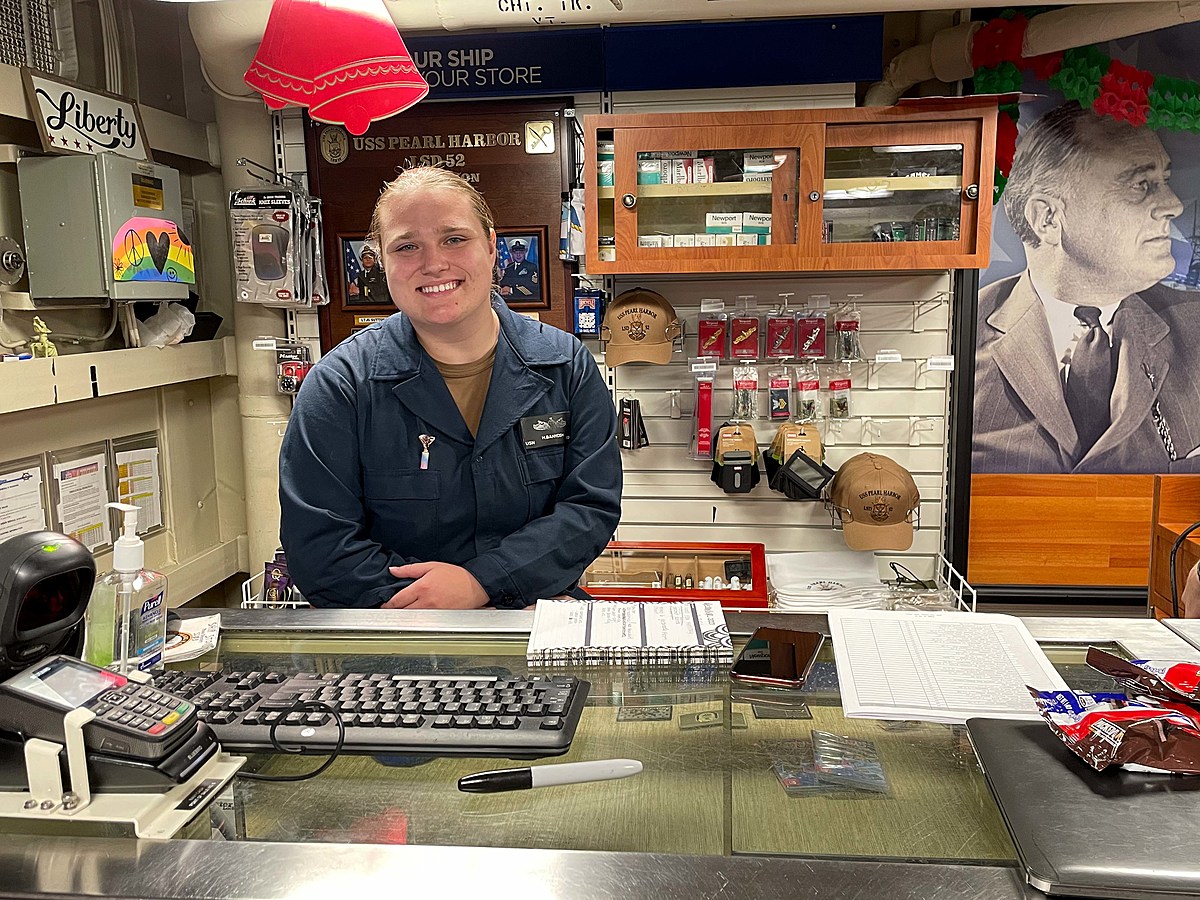 An Ashdown, Arkansas native, Seaman Hailey Bankosh serves aboard the USS Pearl Harbor, a U.S. Navy landing ship, currently deployed in support of naval operations to ensure maritime stability and security in the Mediterranean and in western Indian Ocean.

Bankosh helps boost the morale of the ship and crew as the Navy Retail Specialist handling all of the ship’s retail and service activities. The USS Pearl Harbor is a Harpers-Ferry-class landing ship that was named after the attack on Pearl Harbor on December 7, 1941.

The ship’s day-to-day operations include landing planes and helicopters on hostile shores by transporting and launching watercraft and amphibious vehicles with their crews and personnel embarked on amphibious assault operations, officials said. of the Navy. Bangkosh and his team are tasked with helping to rebuild military readiness, strengthen alliances and reform business practices in support of the national defense strategy. It has been able to help countries during major crises such as a hurricane and famine.

Bangkosh is most proud to receive the Einscribed surface warfare specialist badge, also known as the ESWS pin which certifies that any enlisted member of the US Navy wears it, indicating that they have completed their Surface Warfare Qualification Program and Personal Qualification Standards aboard a command at flow of the Navy.

We salute Seaman Hailey Bankosh from Ashdown for serving our country with dignity and class. Bangkosh joined the Navy for help with tuition and to travel the world.