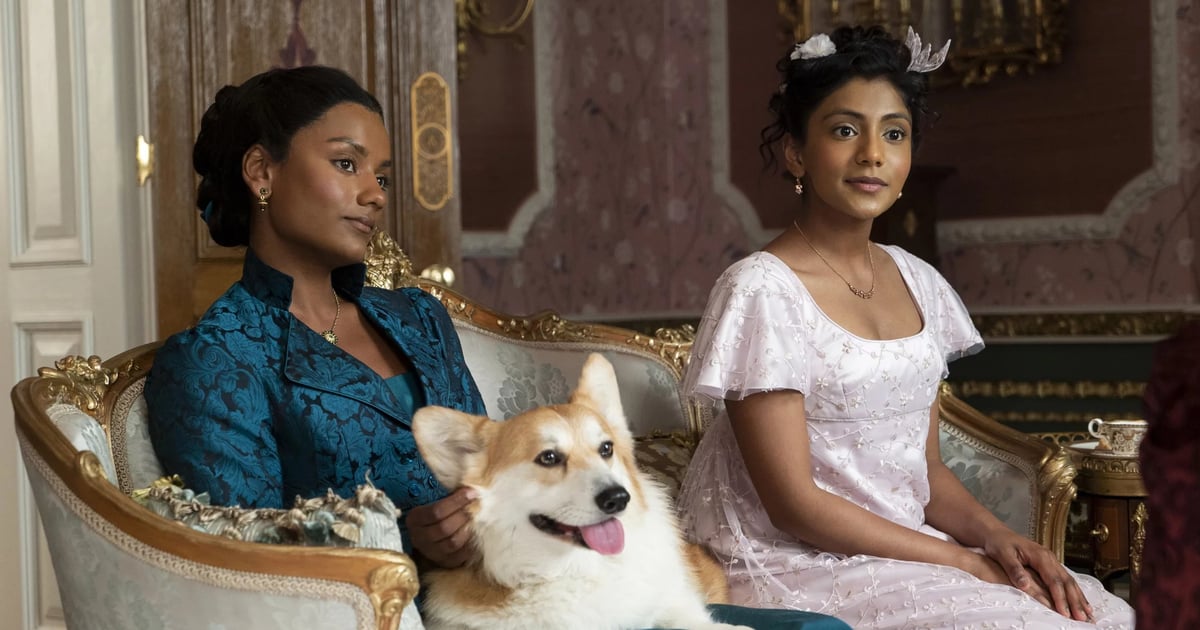 The second season of “Bridgerton” has it all: lust, betrayal, a corgi and, of course, bewitching costumes. One jewel in particular becomes a focal point over the episodes: the engagement ring that Violet Bridgerton (Ruth Gemmell) passes on to her eldest son, Anthony (Jonathan Bailey). Originally granted to Violet by her deceased husband, Edmund, the ring is given to the Viscount of Aubrey Hall in episode three, and it goes on quite a journey before finally ending up on the finger of its rightful owner.

The ring’s journey begins when Anthony proposes to Edwina Sharma (Charithra Chandran) in episode four, putting aside his growing feelings for his sister, Kate Sharma (Simone Ashley), in order to fulfill the duty of marrying and start a family. The family heirloom reappears in the next episode when a jeweler forces Kate to try it on for resizing purposes in Edwina’s absence. It almost stays stuck on Kate’s finger but comes off, subliminally hinting that it suits Anthony much better than Edwina.

We won’t see the ring again until episode seven; after Anthony and Kate enjoy this Gazebo’s intimate interaction, he catches her to propose to her the next morning, but it’s all derailed by her riding accident. We’re led to assume that he eventually proposes to her with the same engagement ring, though we don’t see her wearing it in the scenes following their offscreen. marriage and honeymoon.

Similar to Simon Basset’s Daphne Bridgerton engagement ring in season one, Kate’s engagement ring features pearls — six of them, to be exact — arranged in the shape of a flower. A bezel-set diamond-like stone is in the center, and the split-shank band is gold and features intricate, curly detailing. The delicate jewel is nestled in a small heart-shaped box much more romantic than the black velvet cubes of today.

Although costume designer “Bridgerton” has not confirmed the ring’s meaning, the symbolism behind the sparkler is open to interpretation. The shape of the flower is unique and one of a kind, just like Kate’s personality. Sharma’s older sister regularly goes against the grain of young girls her age in England, participating in activities like hunting and finding a husband for her younger sister rather than doing it for herself. Plus, the pearl floral arrangement is in perfect harmony with the bold color palette of her outfits.

In “The Viscount Who Loved Me” by Julia Quinn, the book on which the second season of “Bridgerton” is based, the Bridgerton family actually has a collection of several heirlooms, and Anthony chooses one for Kate which is described as “a rather plain gold ring, adorned with a single round-cut diamond.” It’s a pretty drastic departure from what we see in the show, but not entirely surprising considering of the many differences between the book and the television series.

While we wait to see hopefully more footage of Kate wearing her ring from Anthony in “Bridgerton” season three, read ahead to find out every sighting of the pearl-covered legacy so far.