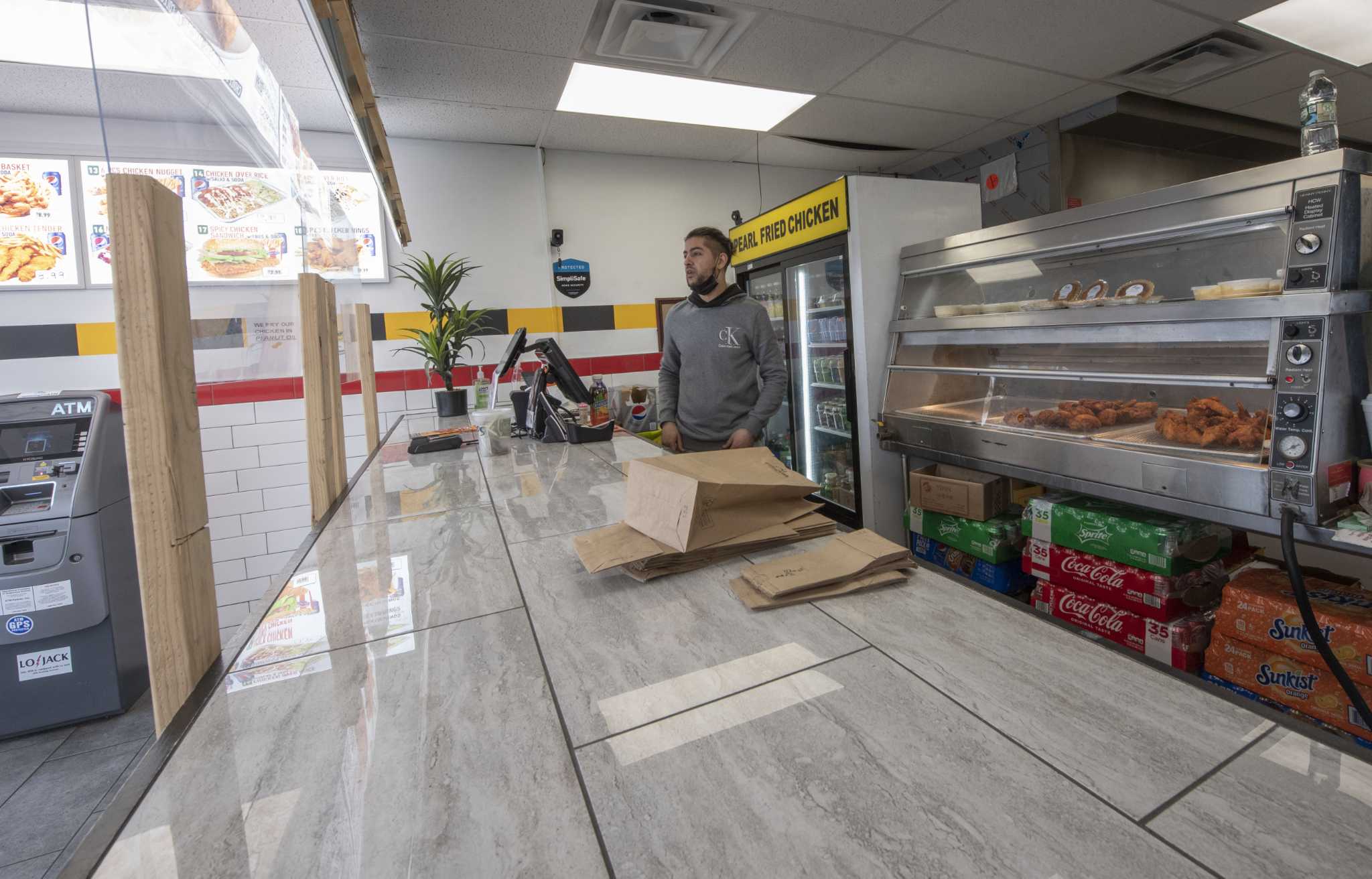 How’s business on Pearl Street? It depends who you ask

ALBANY — For a North Pearl Street business owner, lack of parking for customers is his big problem. But asking the guy who runs a take-out restaurant just half a mile down South Pearl Street to talk about his work concerns and parking worries seems almost quaint.

All businesses have their challenges, and this is true for those on North and South Pearl Streets, but their day-to-day realities are dramatically different depending on where they are along the thoroughfare.

Maiwand Khan said he often wondered if the money was worth it to run his family’s business, considering how much they were putting up with. The cashier at Pearl Fried Chicken, located at 125 S. Pearl St., often looks across the street at the abandoned McDonald’s and says he knows exactly why that business decided to close.

Every day, Khan said there was a group of homeless people and people with substance abuse issues hanging around outside his store, sometimes going into agitated states making threats.

“(There are) people telling you to get out, (saying) I’m going to beat you up, I’m going to shoot you in the head,” he said, recalling several incidents where he called the police using or was about to do so.

Khan says it’s not uncommon to have several unpleasant encounters in one day.

“Working here gets so stressful sometimes. How long can you take someone’s s—? At some point, you’re going to explode,” Khan said.

The restaurant deliberately decided not to set up tables and seats inside to prevent people from staying there longer than necessary to place and pick up orders. It was a strategy to avoid or reduce as many confrontations as possible.

Khan said he tried to let the police know they were welcome in the restaurant in the hope that their badges and blue uniforms would keep their quarrelsome visitors in check. Yet Khan finds himself disappointed when the city police drive by, see the loiterers outside, and do nothing about it.

“They walk by here (and) act like it’s nothing,” he said.

City police said officers actively patrol the area to regularly address these issues and criminal behavior in the neighborhood. Police Chief Eric Hawkins also told the Times Union in an emailed statement that the department is working with community organizations to try to provide those struggling with the mental health resources they need.

• Pearl Street, a once-buzzing cityscape, struggles to thrive
• Both sides of Pearl Street, in photos
• Migration patterns define communities along Pearl Street
• Neighbors oppose plans to expand capital rescue missions
• Contrasting two Pearl Street companies and the challenges they face
• Coming soon: A closer look at the various investments made on Pearl Street and their impact on communities

On North Pearl Street, the scene from a business owner’s perspective is very different. B. Lodge & Co. owners Mark Yonally and his father, Jack, who operate “Albany’s oldest department store,” find themselves surrounded by easygoing customers whose chief complaint is that it’s hard to find street parking.

Lodge’s has been open on North Pearl since 1867, passed down through generations of the Yonally family. Customers have expressed dissatisfaction with the difficulty of finding parking spaces during their visit, but they still manage to get to the store at 75 N. Pearl St.

Mark Yonally also said it has become very clear during the pandemic how much Lodge’s operations, and those of others on North Pearl Street, are dependent on state employees and other office workers who frequent the area.

While he said sightings of state employees were rare over the winter, Yonally believes the end of the drought is near as workers continue to return to their downtown offices.

Marcelo del Puerto, a state employee who works in the area, agreed. He said state employees are North Pearl Street’s “backup” because they work in nearby buildings, eat lunch and shop there.

He said he rarely frequents South Pearl Street because it’s farther from his office and “the element changes” in the neighborhood further south of State Street, you travel along Pearl Street.

“It’s just a bit depressing (at) this place,” he said.

But even North Pearl Street cannot escape unwanted activity, as evidenced by a recent wave of vandalism in which the tires of several cars were slashed and the window of Steuben Street Market was smashed.

Chris Pratt, owner of Steuben Street Market, a food vendor at 54 N. Pearl St., boiled it down to an “identity crisis” that affects the entire length of Pearl Street.

“There’s nowhere to park. Every city has this problem. But yet, for some reason, people really don’t feel able to come here,” he said.

“I don’t know if anyone really has this silver bullet that’s really going to turn them around. And I don’t think it’s for lack of effort,” he added.

Whether the challenges they face are metaphysical or more mundane in nature, those who have chosen to operate businesses on Pearl Street have been drawn to or remain there because they see the potential for success there.

Frustrations aside, Khan said there was a lot to see on South Pearl Street, especially with locals strolling around.

Yet he finds himself thinking that if the restaurant was located on North Pearl Street, it would be a little easier for his family. They would be able to serve more of a corporate clientele or worry less and also get more attention from municipal authorities.

Khan hopes that one day South Pearl Street will mirror its northern counterpart.

“It’s fucked up,” he said. “This place should feel like downtown (North Pearl Street).”

Plan for the future

Two Sides of Pearl Street benefits from a unique collaboration between the Times Union and the Albany Public Library. This partnership, supported by the non-profit organization Library Futures with help from Hearken and made possible with support from the Google News Initiative, aims to amplify the voices of community members in shaping and storytelling these stories.

What are your hopes and dreams for Pearl Street? What does each block need to thrive? Submit your questions through this form or at a branch of the Albany Public Library.