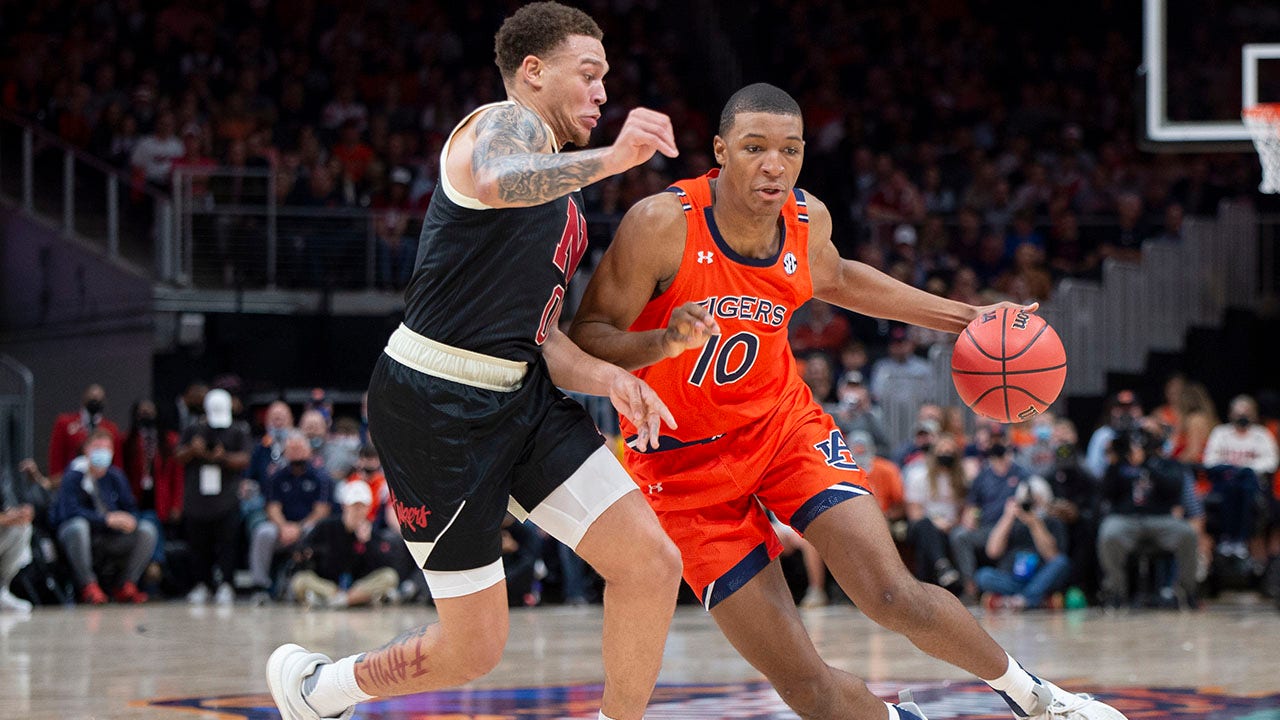 Playing without suspended coach Bruce Pearl, No.18 Auburn made 16 interceptions and routed Nebraska 99-68 on Saturday.

Center Walker Kessler and goaltender Zep Jasper each had five interceptions and Auburn scored 30 points on 20 turnovers. Jabari Smith had 21 points to lead the Tigers (8-1).

Auburn held Nebraska (5-6) without a basket for nearly seven minutes in the first half. The Tigers took control with a 13-0 streak early in the Cornhuskers’ cold shot streak.

Nebraska trailed by 21 points in the first half and again in the second half before reducing the deficit to 55-41 with a 7-0 streak.

Auburn sidelined the game with a 14-0 flurry that made it 76-47. The race included three 3-pointers from Wendell Green Jr., who scored 19 points.

Smith, a 6-foot-10 freshman from Fayetteville, Ga., Showed his versatility by making three 3-pointers while taking advantage of his size with two second-half jams.

Green did a steal before leading a quick break which he capped off by throwing the ball off the back panel to set up a crowd-pleasing jam by Smith.

Auburn led 12-9 before walking away with a 13-0 streak. Jaylin Williams sank a 3 point and added a three point game during the stretch.

The match was the first of four games at the Holiday Hoopsgiving event at State Farm Arena.

Nebraska: Guards Keon Edwards and Sam Holberg did not travel after being suspended from training due to a viral infection. Edwards is a part-time starter. Freshman Wilhelm Breidenbach injured his knee in the 102-67 loss to Michigan on Tuesday and also did not travel with the team.

Auburn: The Tigers have shown impressive depth of attack, with ample support for Smith and Green. Devan Cambridge scored 14 points. KD Johnson had 12 and Williams added 10.