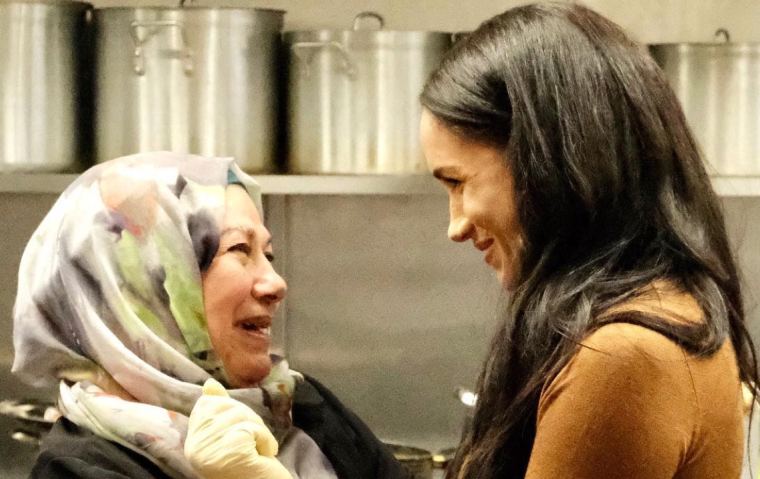 Meghan Markle Won’t Give Up After Netflix Canceled ‘Pearl’ Show

A reliable source has claimed Meghan Markle is looking for another TV network to launch ‘Pearl’ after the cartoon series was canceled by Netflix. The source maintained that the Duchess was putting all her effort into it as she was not ready to get rid of her beloved show.

Meghan Markle is looking for a “home” for her “Pearl” project

The Sussexes previously revealed in 2020 that they had struck a deal with streaming giant Netflix. It is understood that the agreement covered two projects. However, Pearl, which was one of the projects, was canceled by Neflix a few days ago.

The show has been shut down as part of a series of phased reductions by the streaming giant. According to a source, the Sussexes and executive producer David Furnish are “reviewing the project to see where it might find a home”. It is also believed that the royal couple will market the idea for the show to several home streaming giants like Apple and Amazon. Prince Harry and Meghan Markle have a clause in their deal with Netflix that allows them to sell any show the streaming giant rejects. So there is no fear of a possible breach of contract.

Another source revealed to The Sun that the group making ‘Pearl’ is re-examining the idea for the series. The source claimed the team were pushing to “see what can be changed”. The source continued: “There was a huge sense of excitement about Pearl and hope that her journey was not over.

They’re not giving up on this project because Netflix said no. The source further revealed that the Sussexes rely on David Furnish to do the job due to his “respected career”. It is also believed that the show will go through a lot of talk and discussion before being added to another streaming service. Many people believe that Netflix’s decision to cancel Pearl is a great loss for the royal couple.

The Sussexes had hoped to use the show to motivate children and adults alike. Despite the setback, the couple are set to arrive in the UK with their Neflix crew for the platinum celebrations. However, it is believed that such a move would cause serious problems during the festivities.