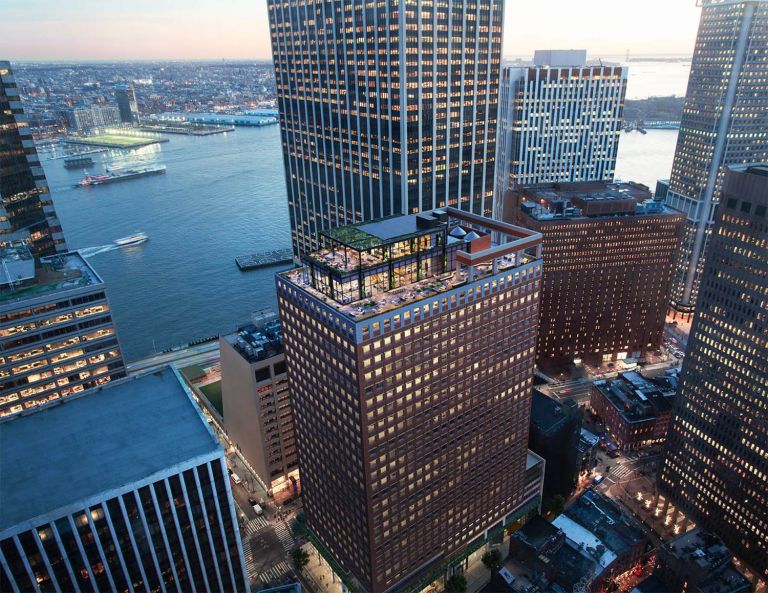 A non-profit squash club is coming 100 Pearl Street in the financial district.

Open squashthe city’s only nonprofit public squash club, has finalized a long-term co-ownership agreement for the entire 14th floor of the 29-story building, formerly known as 7 Hanover Square, according to the managing agent GFP Real Estate. The 21,432 square foot space will include eight squash courts, bleachers, a café, practice areas and changing rooms.

PFM Brian Steinwurtzel declined to discuss lease terms, though condo leases typically last 30 years, he said. Average rents in the building are around $70 per square foot.

Open Squash will complete the purchase of the space this fall and is expected to open in the spring of 2023.

“It’s a member-driven organization, and if their members tell them they want a downtown location, that’s a good sign for the downtown market,” Steinwurtzel said.

Hal Stein, Andrew Peretz, Ben Shapiro and Daniel Appel of Newmarknext to Allen Gurevich and Steinwurtzel of GFP, represented Commerz Real Estate in the transaction. Robert Martin of JLL represented the tenant. Spokespersons for JLL and NKF did not immediately return a request for comment.

Rebecca Baird-Remba can be reached at [email protected].