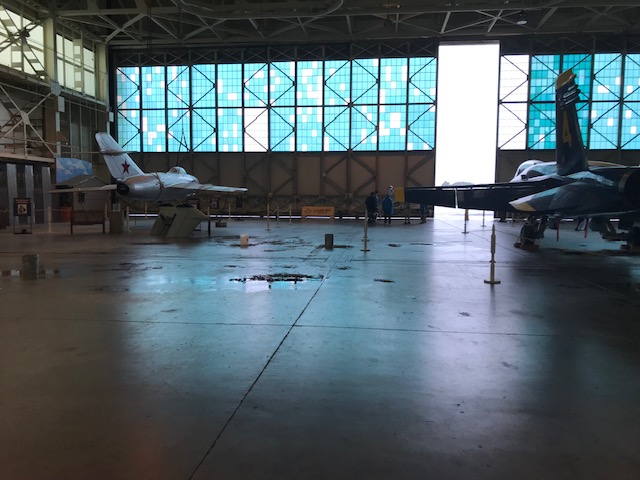 HONOLULU (KHON2) – The Pearl Harbor Aviation Museum needs your help to “raise the roof” of historic Hangar 79. The roof needs repair immediately after decades of wear and tear.

Built in 1939, holes have rusted through the ceiling over the years, putting invaluable airplanes at risk of exposure to the harsh elements left inside. There is also the constant threat of damage from water, birds and high winds. The museum is to raise $ 4 million to repair the 86,000 square foot hangar.

Get the latest Hawaii morning news delivered to your inbox, sign up for News 2 You

If you look at the blue windows you will see 80 year old bullet holes from the December 7, 1941 attack on Pearl Harbor. Hangar 79 served as an aircraft maintenance and assembly facility during World War II, protecting sailors and marines who prepared aircraft for missions. Today, suspended pulley systems are still visible and in use.

Kalli Abernathy, director of marketing at the Pearl Harbor Aviation Museum, said to put it into perspective, the floor of Hangar 79 is almost twice the size of a football field. The roof protects dozens of planes that serve as a link between the past and the present, educating the next generation on what happened at Pearl Harbor. Visitors can see what happened by looking at the walls, windows, floors, beams and, yes, the roof.

“It sounds like a lot of money for a roof, but the bullet-marked hangar is history itself – it survived the attack on Pearl Harbor,” Abernathy said.

Abernathy says the money will repair and restore the roof, mezzanine skylights, gutters and flashings. Monitors, she adds, are the 1940s equivalent of air conditioning that cools the shed.

“So far, all of our planes have been protected thanks to the meticulous work of our team,” said Abernathy. “However, because the roof is in critical disrepair, the aircraft must be displayed very statically – simply rolled up with a static display to tell the story.”

All aircraft in the hangar remain at risk due to the daily steps required to move, move, clear and position them to avoid direct impacts. Under current conditions, the museum cannot display any souvenirs or offer other interpretive and interactive elements. However, once the roof is removed, the museum will renovate the rest of the hangar to improve the visitor experience.

Click here donate by scrolling to the bottom of the page.

The Raise the Roof campaign will continue through 2022.