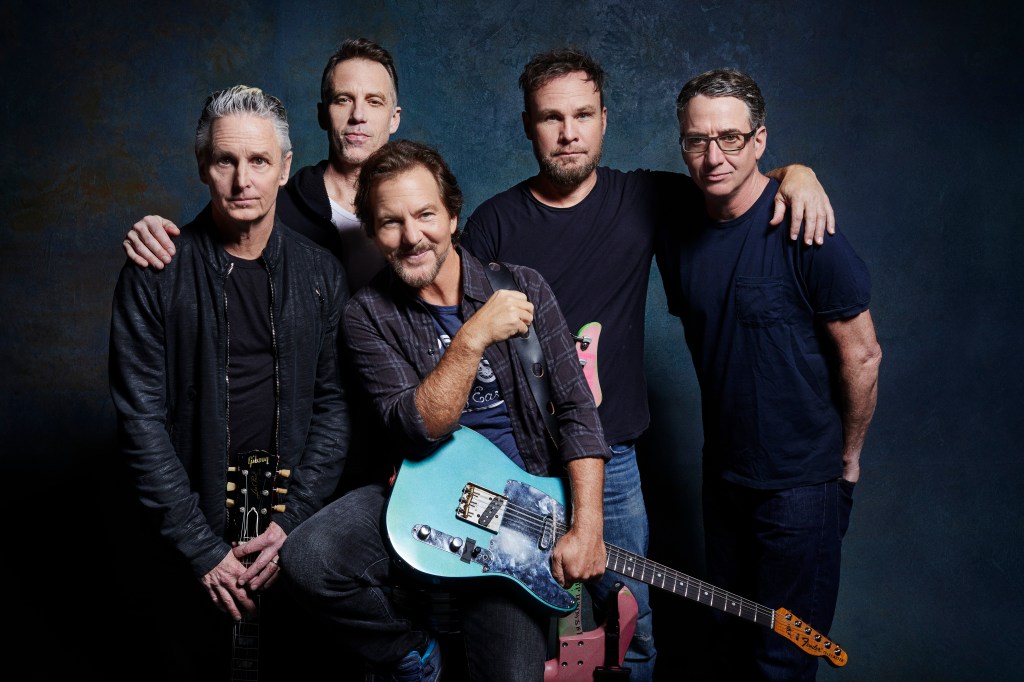 Pearl Jam hits the road again; Will play in Camden on September 14

Pearl Jam was the first major artist to unplug and postpone their Spring 2020 tour dates due to Covid-19 concerns. A few weeks later, the band’s new album, Gigaton, was released to critical acclaim but to empty houses.

Josh Klinghoffer’s solo project, Pluralone, will open for Pearl Jam on this tour. Klinghoffer will also join Pearl Jam as a touring member on those dates.

There will be no general public sale. All public tickets will be available through Ticketmaster Verified Fan Registration. Ticket registration for Verified Fans is open until March 27, and Verified Fan on-sale begins March 29 at 10 a.m. To register, please visit: https://verifiedfan.ticketmaster.com/pearljam

Continuing its ongoing commitment to recognizing and addressing the band’s carbon footprint, Pearl Jam will pay $200 per ton for the Gigaton Tour’s carbon dioxide mitigation, a tenfold increase over previous years. This pricing allows the band to pursue a tiered strategy of compensation and investment which, combined, will allow for a more comprehensive mitigation plan.

Stone Gossard explains, “We are proud of our past efforts to mitigate our inevitable carbon footprint from touring over the past 20 years, but the time to multiply that effort is clearly right now. By committing to this aggressive pricing, we also hope to amplify our efforts and bring together partners who share our urgency to make the investments and innovations needed to move our world towards a more carbon-conscious and balanced economy.

Pearl Jam has been performing live for 30 years. Eleven studio albums, hundreds of one-off live performances and official live concert bootleg releases later, the band continues to be critically acclaimed and commercially successful – with over 85 million albums sold worldwide. the world. Pearl Jam was inducted into the Rock and Roll Hall of Fame in 2017.

Pluralone’s third full album, This Is The Show, will be released on March 17. The music video for “The Fight For The Soul” will also premiere that day. “This Is The Show started as one thing, ended another,” Josh states on the album. “In my mind, it would be something specific, that kind of happened like that, and kinda…well, it most definitely turned out to be something completely different. Something good bigger than I could have imagined. It was made with lots of love and care during another uncertain and difficult year.

In addition to Pluralone, Josh fronts Dot Hacker and is currently a member of Pearl Jam and Eddie Vedder’s band The Earthlings. Josh is a former member of the Red Hot Chili Peppers, Ataxia, Warpaint and The Bicycle Thief, and has recorded and toured with numerous artists including PJ Harvey, Beck, the Butthole Surfers and Sparks.

Pluralone played an unforgettable debut gig at Ohana Encore in October 2021. Bright Eyes’ Jeff Ament and Nate Walcott both made guest appearances. Josh also performed with Pearl Jam and Eddie Vedder at Ohana Fest and Ohana Encore for a total marathon of 6 sets over the two weekends.