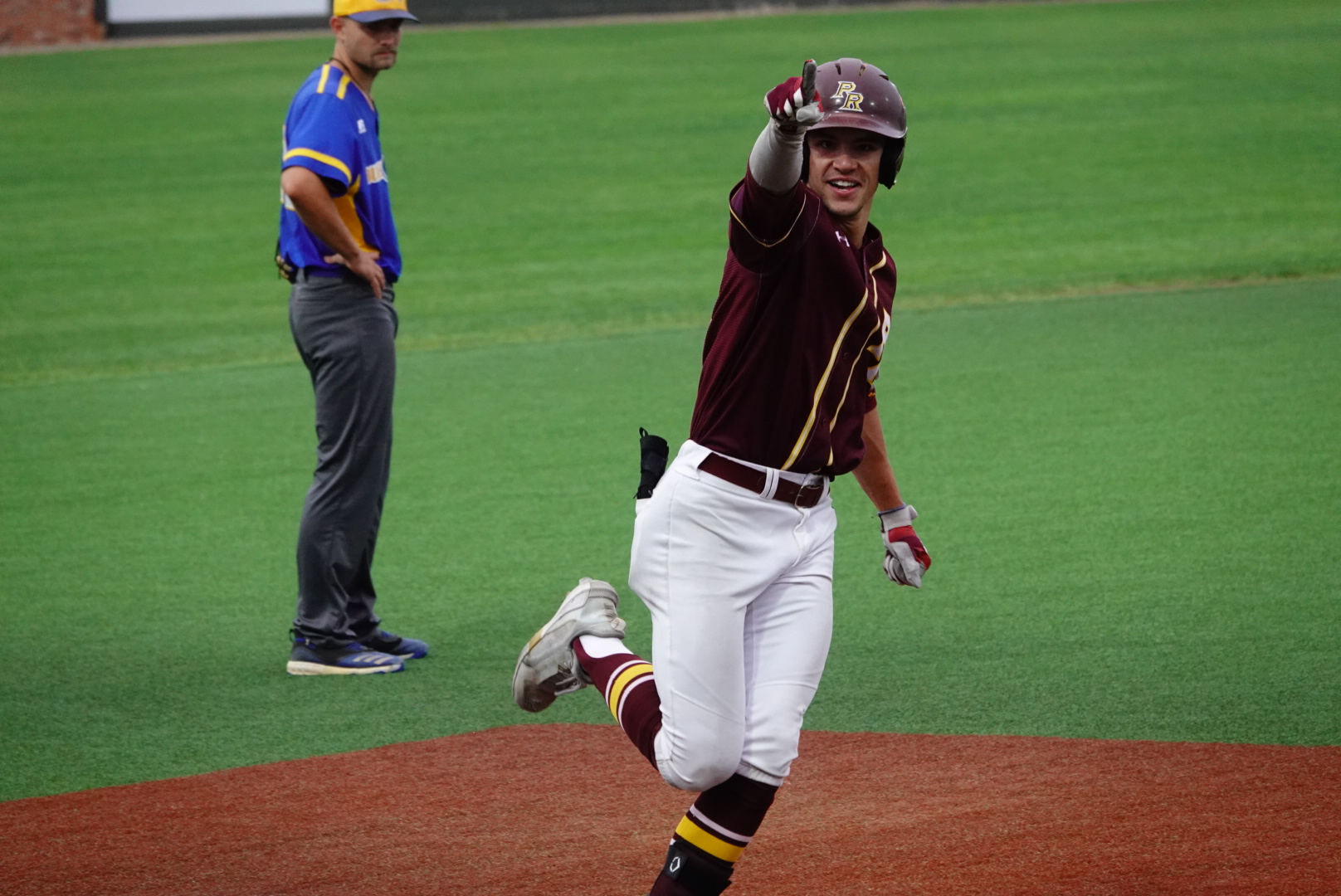 Pearl River’s No. 1 overtakes FSCJ’s No. 8 to qualify for national championship – Reuters

ENID, Oklahoma— Pearl River’s No. 1 baseball team is one step closer to its ultimate goal. After winning a 13-11 slugfest over Florida State College Jacksonville on Wednesday night, the Wildcats will now play for the first national championship in program history.

The Wildcats await the Mercer County and Madison winner with a date and time yet to be announced.

“We challenged the guys and told them they had to get up there and find a way. I’m so proud of them,” said head coach Michael Avalon. “They did a hell of a job tonight. These guys don’t give up. They are not going to give up. If you want to beat us, you have to earn it. Florida State College gave us tweaks there and gave them credit, but our guys just don’t give up. It’s not who we are and it’s not what we are. I’m just proud of this band. They really fought.

“The main thing is that we are playing for a national championship. Sounds nice, but now we just have to go get it.

Avalon spoke about the Wildcat faithful during his postgame interview.

“Look at this Pearl River crowd,” he said. “It’s so special. We are 12 hours from home. We are so happy that they believe in us the way they do and support us. It really helps these guys.

HOW DID IT HAPPEN

Pearl River (43-10 overall) struck first in the competition to take a 1-0 lead. John Griffin Bell (Mobile, Ala.; Faith Academy) started things off with a double and advanced to third base on a Gabe Broadus (Wilmer, Ala.; Faith Academy) kicks the ball out to right field. After a Tate Parker (Gulfport; West Harrison) intentional walk, Alex Perry (McComb; North Pike) brought Bell home with a sacrificial fly.

Florida State College (33-21) swung the momentum in their favor in the top of the second, hitting a solo homer over the right-field wall to even things up 1-1. The Blue Wave added two more in the top of the third inning with another long ball. The home run gave them a 3-1 lead.

The fifth set saw the FSCJ take a 5-1 lead. The Wildcats didn’t let the deficit bother them as they put up a twisted number in the bottom of the fifth, doing all the damage with two outs. Logan Walters (Petal) started things off in the inning by ripping a double into left field. After Bell reached base with a hit-per-pitch, Broadus picked the middle and the slippery second baseman’s glove to score Walters. Tate Parker (Gulfport; West Harrison) then headed to the flat and hit a double low on the left field wall to bring Walters around. Perry tied the score 5-5 moments later as he lined up a 1-1 pitch into center field to bring Parker home.

Will Passeau (Mobile, Alabama; St. Paul’s) had a quick start in the sixth to send the Wildcats home. Matt Mercier (Richton; Petal) quickly placed a line drive in the left corner of the field for a double to start the inning. Walters then hit the third pitch of his at-bat into right field for an RBI double. The run gave the Wildcats their first lead of the day at 6-5.

FSCJ came back ahead in the seventh inning, using a two-run double and an RBI single to take an 8-6 lead.

The seventh inning was memorable for the Wildcats as they sent 13 batters to the plate and scored a remarkable seven runs. Broadus led the way with a field single and advanced to second base on a throwing error. He advanced to third and then scored on a passed ball to close the gap to 8-7. Perry scored a single and stole second base then Ian Montz(Lafayette, La.; Acadiana) sent him home with an RBI single. Walk in DK Donaldson (Gulfport; West Harrison). Donaldson has been branded as a clutch hitter all year and he lived up to it by destroying a 1-1 pitch to the left field wall to put the Wildcats ahead, 10-8. Mercer didn’t let the momentum die there, doubling the jumbotron in right center field. Walters was hit by a single and Woodcock hit a single into right field for an RBI. Bell extended the Wildcat’s lead to 12-8 with the pick of a defenseman on the first pitch of his at-bat. A great base run from Broadus followed as he turned a single at center back into a double. The Blue Wave chose to intentionally step on Parker, but Perry drew a goal-laden walk to give the Wildcats a 13-8 lead.

The FSCJ did not bend as the Blue Wave were able to stretch three runs in the top of the eighth inning to cut the lead to 13-11.

The Wildcats threatened in the bottom of the eighth, but couldn’t grab any insurance runs, sending the game to the ninth. Florida State College hit a debut single and Ryan Burt (Columbus; New Hope) was brought back from the bullpen. The southpaw struck out the first batter and nearly knocked down the Blue Wave in a game-ending double play, but the batter beat the pitch to first base. FSCJ doubled up to move two runners into scoring position and the Wildcats brought in Blake Hooks (Petal). Hooks needed just four pitches to retire the batter, simultaneously sending the Wildcats to their first national championship game in program history while sending the Wildcat faithful and the shelter into hysterics.

Each Wildcat in the starting lineup had one hit in the game.

“Hitting is contagious,” Perry said. “We knew when we got into the dugout we were going to have to scratch a few. When one guy gets a hit, another guy gets a hit. We feed on it. That’s what happened.”

Hooks earned the stoppage after hitting the last batter of the night.

“Blake Hooks grabbed the baseball and told the coach I got you,” Avalon said. “He wanted the ball. That was the difference.

Tickets are $10 per day or $5 per day for students. A tournament pass can be purchased for $50. Children 10 and under will be admitted free.

All matches will be broadcast live on NJCAATV.com for an additional cost. A day pass is $10 and a tournament pass is $25.

Matches will also be streamed live on WRJWRadio.com.