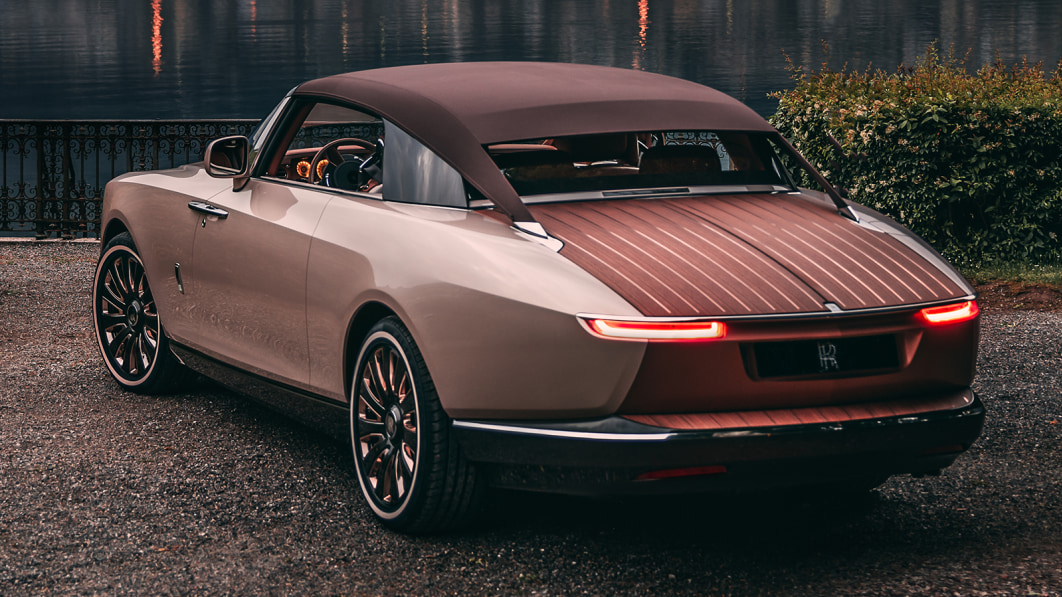 Rolls-Royce is building its second Boat Tail, a pearl-themed one

Last year, Rolls-Royce introduced the stunning custom-built Boat Tail convertible. Even with a supposed cost of around $30 million, the company had three buyers. The second of three cars has been unveiled, and this one is themed around pearls.

Apparently, the buyer’s father harvested pearls and the buyer ran the business that grew out of it. So that’s where the theme came from, and Rolls-Royce ran with it. The exterior’s dewy white paint with white and bronze flakes, and contrasting hood, are based on the oyster shells the buyer provided for inspiration. The back deck features a walnut veneer with brushed rose gold stripes. The Spirit of Ecstasy hood ornament is also rose gold plated.

The interior has leather that matches the exterior paint. The center tunnel is again covered in the same walnut veneer as the rear deck. The clock and gauges feature mother of pearl dials and the clock material is from the buyer’s personal collection.

As with other Boat Tail models, the car has a split-opening rear that houses crockery and cutlery, as well as an umbrella. The umbrella can be attached to the back and the folding chairs allow the car to be the ultimate outdoor dining venue. The entire car is also handcrafted with custom aluminum panels. Powertrain details were not given, although being based on the Phantom it likely has the same turbocharged V12, eight-speed automatic and rear-wheel-drive as the main sedan.

2022-05-20
Previous Post: How to Transfer Pokémon from Brilliant Diamond and Shining Pearl to Pokémon Home
Next Post: Shavati Karki-Pearl: Some Recycling Myths