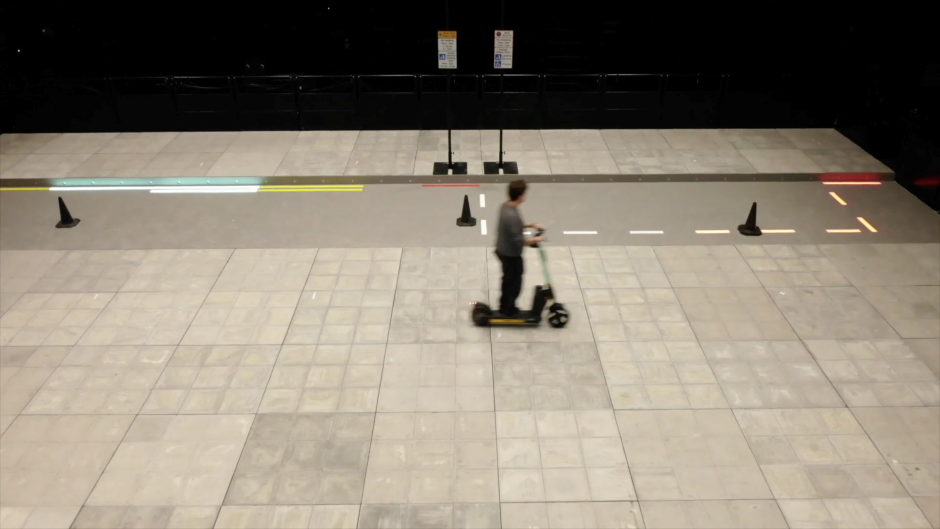 The PEARL mobile floor at the service of urban design

Babcock has partnered with University College London (UCL) on PEARL (People Environment Activity Research Laboratory), which is a 44,000 m3 net zero facility in Dagenham, east London, where public environments, such as stations and main streets, are simulated to analyze behavior when using and moving around the infrastructure.

Professor Nick Tyler, Chadwick Professor of Civil Engineering at UCL, said: “[PEARL] was designed so that we could see the environment as it is in real life, but to do this we had to realize that the world is not flat, so we needed a movable floor where we can easily adjust the gradient and surface while having holes in this.”

At the center of PEARL is the 600m2 configurable floor which was designed, manufactured and installed by Babcock.

The floor is made up of 441 individually operated modules that can be raised, lowered and tilted in three dimensions, creating a real world environment where not everything is perfectly flat.

Using a tablet or laptop, UCL researchers can set up the flooring for simulation in as little as two to three minutes compared to the two to three days it would have taken previously.

According to Babcock, the accuracy of the actuators is within 0.1mm, providing precise control of heights and angles of the surface placed on top.

Richard Drake, Managing Director of Babcock Mission Systems, said: “We have been delighted to collaborate with UCL to help create an easily configurable multi-sensory environment that will help city planners design public infrastructure that can work for everyone. PEARL was a fascinating project to participate in.

Sitting on four adjustable legs, each 1.2m square module weighs 840kg and can be stacked in pairs for storage.

Researchers will be able to conduct interaction studies from the micro-scale (brain activity) to the macro-scale (such as crowd behavior) and it will be used by a range of faculties, including neuroscience, engineering and arts.

The PEARL project is part of a £50 million investment from UCL’s Center for Transport Studies.