Those who gathered in Des Moines recently to commemorate the 80th anniversary of the attack on Pearl Harbor weren’t sure the Iowans who survived the attack were still alive. After reporting on the event, Radio Iowa found at least two.

One of the survivors is Francis Riley, 99, who lives in Cedar Rapids. His granddaughter, Sherry Steine ​​Ross, says he joined the Navy in 1933 because there weren’t many jobs available. “He joined and settled in Hawaii in June 1941 – and I’m sure he thought he hit the jackpot,” says Steine ​​Ross.

She says her grandfather was stationed on the USS Vestal – which was a repair ship that was docked with the USS Arizona. His grandfather was preparing to raise the Hawaiian flag, known as the Union Jack. “They were, I believe, at least two minutes from the flight of the Union Jack when the Japanese bombers began to arrive. It was attached to the Arizona, so the shots from the Arizona were also ricocheting and having hit the Vestal – some of the explosions hit the Vestal. And the Vestal also got hit twice,” she says. 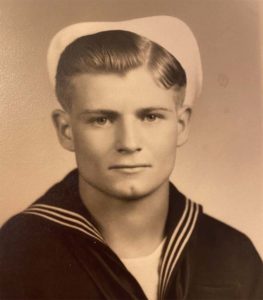 Riley was able to see the attackers up close. “He heard that noise coming and he looked up and he saw the red flag and he knew it was not good. They were so close to the boat that… he saw a bomber and he looked in his eyes and waved at him as they were bombing. And he said he made eye contact with him. And he said it was just awful, there was fires, explosions, flames everywhere,” according to Steine ​​Ross.

Steine ​​Ross says his grandfather actually called in tugs to pull the Vestal away from Arizona after the commander returned to the ship. Riley suffered burns in the attack and lost other sailors. She says something that happened on Arizona after the attack stayed with her grandfather. “You could hear them tapping the morse code from Arizona, the men who were still alive, he said you could hear that for weeks. He had tears running down his face. So the things he talk like that had a huge impact on me as much as the attack itself,” she said.

Riley was a signalman and traveled all over the world during and after the war. “He went through the whole war and then ended up in the Bikini Islands in 1946. So he was involved in every aspect from 1941 to 1946,” explains Steine ​​Ross. He witnessed the atomic bomb tests on Bikini Island as one of his last missions before he left the Navy in 1946. Steine ​​Ross says his grandfather didn’t talk much about Pearl Harbor and the war until she asked him to come talk to one of her classes in college. She says he would talk about it a bit more then. 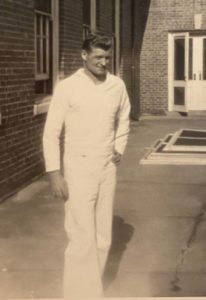 Steine ​​Ross says his grandfather returned to Pearl Harbor to attend the 50th anniversary ceremony. “He thought the men who served should have gotten a lot more attention than all the politicians who were there,” Steine ​​Ross laughs. “He says it was very emotional before the ceremony, but the ceremony itself, he thought the people who were there should have been more valued than the people who were speaking.” Steine ​​Ross says his grandfather is in good health with the normal pains of a 99-year-old man.

Another Iowa Pearl Harbor survivor is Alvin, “Stub” Lindquist of Albert City, who celebrated his 102nd birthday on December 11. Online information shows he enlisted in the United States Navy in December 1937. He was called to active duty in July 1938 and served for eight years. He served on the USS Tennessee from 1938 to 1942 – and was on board when Pearl Harbor came under attack.

(If you know of other Iowans who survived the Pearl Harbor attack and are still alive, please contact Radio Iowa.)